You'll start off with a clay pigeon shooting challenge. Learn to adjust for the trajectory of the clay as it bursts out of the trap, loose off your shot and watch the moving target explode in a shower of dust!

Put down your guns, wipe the sweat from your brow and pick up a bow and arrow. If you thought watching your clay get taken out by a single blast from your shotgun, wait until you see what happens when you bury an arrow in the bullseye. This isn't just the best stag party archery package you'll find in Bournemouth, it's the best archery activity we've ever seen. When you hit the target bang on, it explodes like you're kicking ass in a medieval siege!

The third activity in your package gives the arms a rest and focuses on the legs instead! Put the finishing touches to the most insanely hilarious full-body workout ever with a human table football match. You and the boys in your stag party get strapped to the poles on a man-sized fooseball pitch, which is surrounded by inflatable barriers so you can run side to side as fast as you like. Let battle commence. 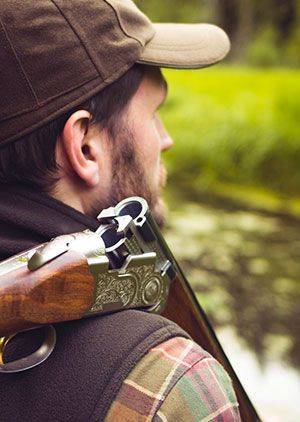