Calling all adventure lovers... When the beer breakfast's worn off and the hangover kicks in on day two of your Budapest stag do weekend, it's time to take control. How about a professionally guided trek through some of Hungary's most impressive caves? We're talking water jumps, rock scrambles and general Indiana Jones-style action, all with the prospect of some well-earned beers at the end of the route. Get your head torches out, it's time to go underground.

A fully qualified cave instructor will give you a safety briefing before you set off, and you'll be accompanied by a professional guide. All safety equipment is provided, including ropes; torches; maps; and jumpsuits. As your band of intrepid explorers makes its way into a fantastic 20km cave system, you'll forget all about the night before: concentrating instead on the underground streams and formidable rock formations you'll be conquering!

Obviously, it wouldn't be a stag do activity without beer - and we reckon you'll have earned yours twice over by the time you resurface! We'll have a celebratory beverage waiting for you back in daylight, and then it's off to Budapest central again. You'll be reliving your adventures all the way back to your hotel... 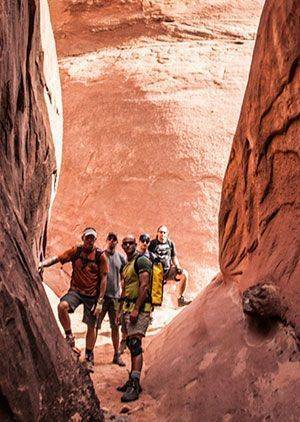