Get stuck into some competitive target shooting with top-of-the-range air rifles. Totally different to clay shooting, air rifles are lighter, faster and more accurate. Learn how to shoot sniper-style and battle it out with your fellow stags in a round-robin tournament featuring silly and seriously challenging targets.

We reckon this is the best air rifle shooting in the whole of Yorkshire. Located a short drive from Leeds, Harrogate city centre and York, the farm adventure site at which you'll be shooting has good facilities and awesome views of the dramatic Yorkshire countryside.

It's ok if some or all of the people coming on the stag do have never handled air rifles before. The instructors will show you how to load, use the telescopic sight and shoot safely before the competition starts. These air rifles aren't Nerf blasters! Powerful and precise, they require skill and a cool head. Up for the challenge?

Smash the targets and see if you can shoot the firework in the grand final. Hit its sweet spot and it'll explode with a mighty bang!

Who will be crowned king of the snipers?

Pick from one of our Leeds stag party Activities below 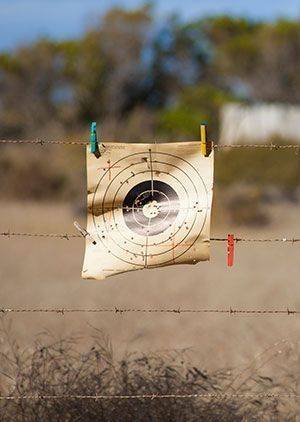