A Newcastle stag weekend without the beautiful game would be blasphemy! Football is God in this city. Sweat off hangovers and fire up the competitive spirit with a classic game of 5-a-side football.

Split into teams and trounce the opposition at a well-equipped activity centre 15 minutes from Newcastle city centre. Located on the banks of the River Tyne in the Tyne Valley, it's the venue of choice for local league games and has outdoor floodlit synthetic pitches and indoor pitches.

Who's got the ball skills after a proper night on the beers, that's the question. And of course when we're talking stag party beers in Newcastle, which is one of the UK's most legendarily messy cities, the question gets pretty serious. Even the most Shearer-esque striker in your group is bound to put in a few spooners until the blood starts pumping.

Unbeatable for banter, 5-a-side football is a no-brainer for the Saturday afternoon or Sunday morning of a stag weekend. Go for a chilled kickabout or make it a no-holds-barred, competitive battle for supremacy. It's all about 60 minutes, Ron. Game of two halves.

Availability: slots are available between 9am and 4pm.

Pick from one of our Newcastle stag party Activities below 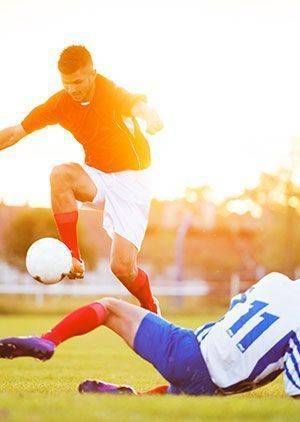