This one's for the best man. Stop scratching your head trying to work out how to stitch up your buddy good and proper, and leave the details to us. We've arranged for some actors to dress up as officers of the law, and snatch up the stag for an 'interrogation' in one of Salou's police stations!

He won't actually be arrested, of course - all that happens is he gets whisked off in an official looking van, the actors play along for a bit and then explain the whole things' been a massive joke. Stag comes back to the bar looking like a prize doofus, you and the lads get to wet yourselves laughing, everyone's happy. Well, except the stag, possibly, but then it is his last weekend of freedom so what does he expect?

Here's how it goes down. You take the lads out for a wander around Salou, and suggest you all duck into a prearranged bar for a refreshing beer. After the stag party's sat down with its beers, the 'police' bust in and bum rush the man of the moment. He'll be out the door before he's even had a chance to sip his beer, you and the boys sit around drinking for a bit, he returns and you rib him mercilessly for the rest of his life. Being a best man's ace.

Pick from one of our Salou stag party packages below 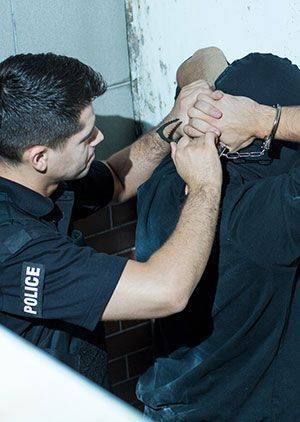