You're planning a Sheffield stag do. This is Yorkshire. You need balls of steel just to enter the county. It's no place for southern softies. If you want to play a civilised game of five-a-side, let us warn you that you've come to the wrong place. Electric shock football is for professionals only! It's simple but brilliant: two people from opposing teams have electric shock gadgets, the rest of you get on the pitch and pray. If you have a buzzer you can shock anyone, and that includes the ref.

You don't have to wait for someone to commit an actual foul. Don't like the look of that in law on the opposite team? Buzz him! Think the ref was out of order when he sent the stag off? Buzz 'em both. Why the hell not? Well, there is one reason: you won't be holding those electric shock devices for long. The instructor will switch you all around and make damn sure every man gets a turn on the pitch and with the buzzers. But that's what makes electric shock football such a brilliant game and so good for a stag. Everyone gets to enjoy some classic payback time!

If you're committed to total carnage and like laughing so hard your face aches, electric shock football is the Sheffield stag do activity for you. Steel yourselves and get on the pitch for a game you'll never forget. 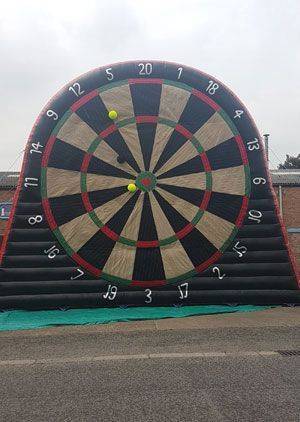