There are some things you've got to do on a Tenerife stag weekend. This legendary comedy drag show with a free bar is one of them! Playa de las Americas is famous for hilarious live entertainment and this is one hell of a show. It's also a full night of entertainment in one go. You get a meal as part of the deal. Get the stag in drag and take your seats for the funniest show in Tenerife.

As the comedy drag show includes dinner you won't have to mess about finding a restaurant beforehand. The food changes from time to time but you can expect stuff like soup starters, chicken and chips as the main, and ice cream for dessert. Load up! You'll need to eat if you want to take full advantage of the free bar.

Try the local beer and scream laughing as the 'girls' work the stage. The comedy drag show is a right scream and will have you in stitches! They're dressed to the nines and send up loads of big celebs, famous bands and films. If food, free-flowing booze and comedy sounds like your idea of a quality night, tell us the date of your Tenerife stag weekend and we'll get your names down.

Pick from one of our Tenerife stag party Activities below 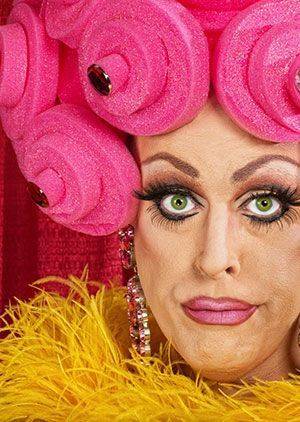