Vroom! You'd better klunk and klip if you want to pull off a sweet performance in this rubber-burning action package. We've found a massive winner of a stunt driving afternoon for you, located close to York on one of the UK's only purpose-built stunt tracks. Are you man enough to rise to the challenge?

Top stunt drivers will put your stag party through its paces, teaching the boys how to pull off the moves you've seen in all the action films. Starting with powerful handbrake turns, you'll also learn to parallel park with a high speed braking slide, and do smoke-producing rear wheel donuts in a hefty sports vehicle!

Forget the beautiful surroundings of York, and pull the boys out of all those old pubs for a while. You won't regret it! After a safety briefing, and a seriously impressive stunt demonstration from your expert instructors, you'll take it in turns to master the moves they've shown you. And that's not all. Your stag party also gets to play on a real live racing simulator, just like the ones used by the pros, and at the end of the afternoon you'll go head to head in a hilarious Donut Roulette challenge. Take the wheel of a custom made skid buggy and see if you can keep it under control through a hefty obstacle course. Now that's what we call entertainment!

Pick from one of our York stag party packages below 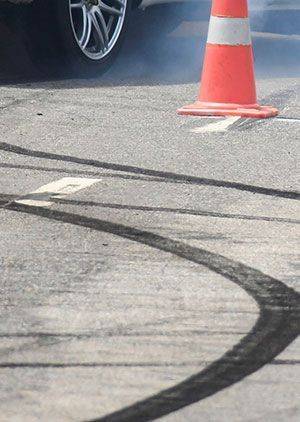